Where to Find The Secret to Long and Healthy Life Through two long weeks I wandered, stumbling through the nights guided only by the stars and hiding during the days behind some protruding rock or among the occasional hills I traversed.

For two days I waited there for Kantos Kan, but as he did not come I started off on foot in a northwesterly direction toward a point where he had told me lay the nearest waterway. My only food consisted of vegetable milk from the plants which gave so bounteously of this priceless fluid.

Without sound we lay there, the beast exerting every effort to reach me with those awful fangs, and I straining to maintain my grip and choke the life from it as I kept it from my throat. Slowly my arms gave to the unequal struggle, and inch by inch the burning eyes and gleaming tusks of my antagonist crept toward me, until, as the hairy face touched mine again.

By the light of the now brilliant moons I saw that he was but a shadow of his former self, and as he turned from my caress and commenced greedily to devour the dead carcass at my feet I realized that the poor fellow was more than half starved. I, myself, was in but little better plight but I could not bring myself to eat the uncooked flesh and I had no means of making a fire. When Woola had finished his meal I again took up my weary and seemingly endless wandering in quest of the elusive waterway.

The greatest danger for most of us is not that our aim is too high and we miss it, but that it is too low and we reach it.

When the amphitheater had cleared I crept stealthily to the top and as the great excavation lay far from the plaza and in an untenanted portion of the great dead city I had little trouble in reaching the hills beyond.

Through two long weeks I wandered, stumbling through the nights guided only by the stars and hiding during the days behind some protruding rock or among the occasional hills I traversed. Several times I was attacked by wild beasts; strange, uncouth monstrosities that leaped upon me in the dark, so that I had ever to grasp my long-sword in my hand that I might be ready for them.

I could find no bell or other method of making my presence known to the inmates of the place, unless a small round role in the wall near the door was for that purpose. It was of about the bigness of a lead pencil and thinking that it might be in the nature of a speaking tube I put my mouth to it and was about to call into it when a voice issued from it asking me whom I might be, where from, and the nature of my errand. 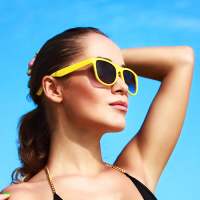